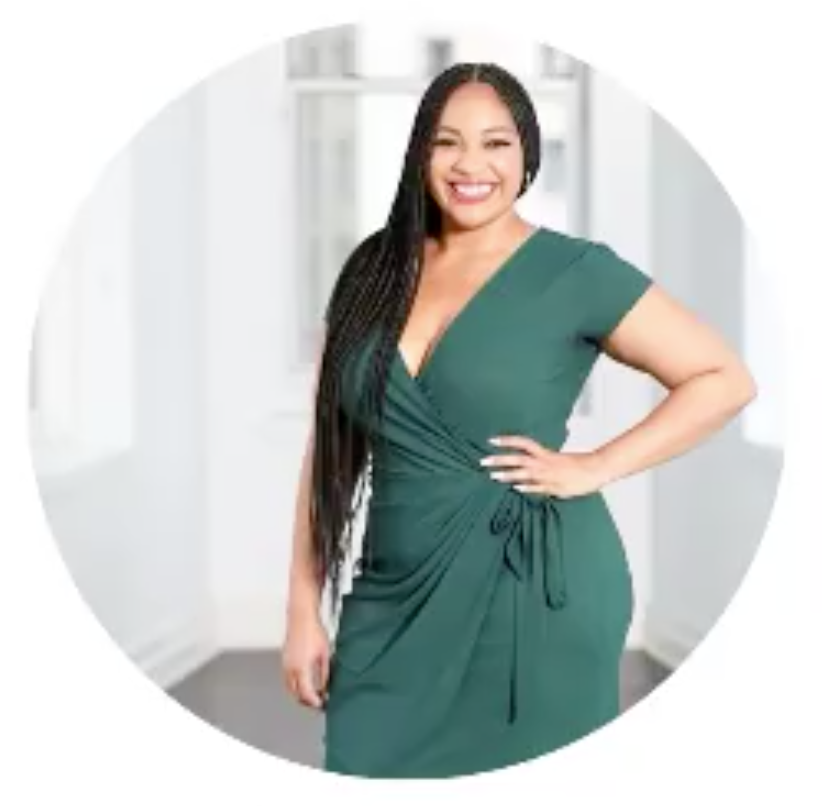 “I think the best founders take the time to educate themselves.”

Is Knac your first startup, if so, how did you get started with it?

Knac is not my first startup. It was actually conceived from another startup I was doing. My last full-time job was with the General Assembly, where I helped people find jobs once they were done with the program. When I left the GA, I was on a quest to figure out how to best match professionals with opportunities in the digital economy. We did this with one off partnerships with tech companies through hiring events and courses and programming training people on tech skills. In 2018, I decided to shut down what we were doing offline, because it wasn’t scalable for the impact I wanted, so we needed to build out software. This is how Knac started where we released the first beta in 2019. Wherever you start, isn’t where you’ll end up. Every experience and every opportunity is valuable, even if you don’t see it at the time.

What challenges did you overcome, and what did you learn from them?

When we started, I didn’t anticipate raising venture capital. So one of the biggest challenges was changing the structure to become VC back-able. We started as an LLC, and changed our structure to something more VC back-able. There were around $10,000 worth of changes that needed to be made because of that.

Being a woman and a person of color is definitely another challenge when raising capital in an ecosystem that isn't necessarily built for you. However one thing I feel good about is that diversity has been top of mind for a while that people are tying in a business case. I’m a big believer that products need to be made with the consumer in mind, and consumers are really diverse. And people are starting to fund for the right reasons, and companies are starting to hire for the right reasons.

Also, being resilient can be a challenge, because you have to get yourself to fight the good fight even if you don’t want to.

What are some of the best resources that have helped you along the way?

Cooley! It’s a wonderful resource for your documents for fundraising. You can find templates, advice, and resources to help you scale from Series A to B to C to beyond. I think YC has also done a great job for tech startups.
‍

As far as books, Venture Deals is a must. I feel like if I read Venture Deals before anything else, like it just would have been engaging. It's so helpful and just really understanding the nuance of how to get a deal done, what the VC is looking for, what valuation should look like, term sheets, and all that stuff.

I think the best founders take the time to educate themselves. You have to, it's not just proximity to having access to those, those resources and that network, but making sure that you actually take full advantage of what you're surrounded by.

What advice would you give your former self knowing what you know about starting a company?

Don’t start an LLC! But in all seriousness, build with the product, build with the market in mind. Don't you dare go into a hole with you and you're cofounder or you and your friends and start paying to develop software or anything. Without doing basic customer discovery and user research first, I think, honestly, that's so funny. So many people like you go out, you have the idea.

And I'm a prime example when I was in the General Assembly. I had an idea for that first version of the business. We got some early validation. I had a couple of companies pay us for hiring events thinking, “I can make this money on my own. I'm out.” There was no clear plan. I didn't take time to really talk to those companies outside of like doing the hiring event.

What else are you, what are your challenges? How can I potentially solve it? Who else are you using to get that done now?

There are so many parts of discovery that I think founders just overlook because you get excited about the idea and you just go out to build and the time and money that is wasted.

The second piece of advice is just keep going. You're going to have days when you hate it. And some of those, sometimes those days turned to weeks. Sometimes those turn us downwards. We don't talk about that often enough.

What were some of the ways that you funded Knac in the beginning? Did you use credit cards, were you self-funded, leverage friends and family?

We did have a decent amount of funding, even though it wasn't traditional VC funding in the beginning. We used credit cards, and largely bootstrap it through those transactional deals with companies.

What advice would you give to first time founders at the beginning of their fundraising process?

Don't raise money until you don't need it. It's very cliche, but. It has everything to do with psychology. And it's not talked about enough, but most of fundraising is creating FOMO, making people feel like they're about to miss out on something. Making people feel like you don't need them. Automatically your interest peaks a little bit more. Because there's no right around it. And that's what you really want to avoid. You become desperate, because you need the money. That's why I say raise money when you don't need it, because when you have a decent amount of runway, maybe you don't have three years worth, but if you can make it the next six to 12 months, it's the best time to talk to VCs, right? Because you don't need them and VCs. They want to be needed, but they also don't really want to be needed. They want to know that this is something that works with or without them.

How did you know that your business should join an accelerator?

I feel as though it literally came at the perfect time because it was in the middle of the pandemic. There's a deal that we actually close randomly in April, but the money never got wired. We just kept getting punched in the face with disappointment.

What I will say is I was very specific about the type of accelerator I wanted to be in.

So have you raised non-dilutive capital and if so, what was that experience like?

So we just raised our first batch of non-dilutive from Google, which is a great story. So they gave us $50,000. Google was a former partner of ours. We were working with Google back in 2017. So they have been around for the full evolution of me and this product. Moving into 2019, we became a part of Google for entrepreneurs through that ecosystem, because we did a program with them. That program was not funded. That was one of my biggest points of feedback to them. You can't continue to do this type of programming and not provide capital. And then this year they made an announcement, and they started a founder’s fund.

They were giving non-dilutive grants to select startups. So I threw my name in the hat, right around when Acceleprise started. I even forgot about it for a little while. I later got an email that we were a finalist. That email was from the person that I did my first recruiting event with at Google in 2017. She ended up being one of the people that was responsible for doing the diligence. It was a good experience, and the fact that she was around for the process, they were a former partner, and now they’re an investor is a pretty amazing story. It’s the most founder friendly thing you can do, so please look for as much non-dilutive capital as possible.

How much capital are you targeting in your current raise?

I think we're still debating what the strategy is around raising, but in terms of the funding, one and a half to two million. It is what we're going after. That gives us 18 months of runway, helps us build out a team, be heads down on product, and not talk to VCs for a while.

Being frugal is key. It’s important to know when and where to dump that money and how much. Unless you have paid plans coming in from the beginning, it’s important to have that cash up front.

I think the best founders take the time to educate themselves.

Your funding story starts here, make use of our Basic plan at no cost.

The OS for non-dilutive financing

FundStory provides you with easy online integration services to access financing options from third party lenders. FundStory is not a loan provider or other funding provider and does not provide actual loans. Approval of an actual offer from a third-party lender is subject to a separate assessment process by the third-party lender and the advance is subject to the third-party lender's terms and conditions. Approval time may vary and is not guaranteed. FundStory is not acting as a lender or a broker ("Service Provider"). The information provided by you to FundStory is not an application for a loan nor is it used to pre-qualify you with any lender. Service Providers, in our matching engine, may have loan products available matching your business profile. FundStory does not guarantee the rates or terms offered. Platform integration does not obligate you to purchase a service or product from the providers, nor does it obligate a provider to offer to you any particular service about which you may have inquired. Available offers, rates and terms are subject to change daily without notice.
© 2020 Birch Global Group Inc | Terms of Service | Privacy Policy | Restricted Industries